Disclaimer: I received this book from the publisher. Thanks! All opinions are my own.

Diversity: Bolvarian lore and characters who speak Spanish throughout the book!

Synopsis: Ximena is the decoy Condesa, a stand-in for the last remaining Illustrian royal. Her people lost everything when the usurper, Atoc, used an ancient relic to summon ghosts and drive the Illustrians from La Ciudad. Now Ximena’s motivated by her insatiable thirst for revenge, and her rare ability to spin thread from moonlight.When Atoc demands the real Condesa’s hand in marriage, it’s Ximena’s duty to go in her stead. She relishes the chance, as Illustrian spies have reported that Atoc’s no longer carrying his deadly relic. If Ximena can find it, she can return the true aristócrata to their rightful place.She hunts for the relic, using her weaving ability to hide messages in tapestries for the resistance. But when a masked vigilante, a warm-hearted princess, and a thoughtful healer challenge Ximena, her mission becomes more complicated. There could be a way to overthrow the usurper without starting another war, but only if Ximena turns her back on revenge—and her Condesa.

Review: Holy cow this book was so magical and amazing! I loved the lore used. I had never read a book with Bolvarian lore and it was an amazing tale. I loved that the main was fierce and a fighter, but her main strength was in her weaving. A lot of people don’t realize that in the times of our ancestors, people used many things to smuggle secret messages especially during times of war, tapestries being one of the most popular. The message about equality and peace in the time of war was present, as well as an arms race style of fantasy. This book spoke to so many volumes and themes that are becoming more and more realistic in this decade and I loved how the author went with a message of peace rather than all out war as a solution. You very rarely see that in books and even though there was a fight in the book, because there will always be people who think fighting is the only way, it was still a very insightful and inspiring book. The characters were well developed, the world building was astounding, and the magic system was fantastic!

While I loved the book, in fairness I have to say a downside, and I think it will be how neat the ending was? Like it obviously leaves room for a book 2 but the ending didn’t leave the reader with a cliffhanger, a need to read book 2. I want to read book 2 because I’m interested in the next city and I don’t mind how the book ended (one of the best endings I’ve read in awhile) but I can see how it wouldn’t suit for some readers.

Verdict: I HIGHLY recommend this one!

YA Book of the Month! Use code NEWME to get your first box for $9.99! Use this service to easily make those high GR book total goals!

There was an error retrieving images from Instagram. An attempt will be remade in a few minutes.

Disclaimer: I received this book from the author. Thanks! All opinions are my own. Book: The Diaciples of Trikhall Author: Varun Sayal Book Series: Prequel to Time Travelers Series Rating: 3/5 Publication Date: October 1, 2019 Publisher: Indie Published Recommended Age: 17+ (time travel, death, violence) Synopsis: His death was tied to a demon’s… …and […]

https://dwrichardsauthor.com/giveaways/3-sci-fi-novels-giveaway-free-graphic-novel-to-all-who-enter/ 3 Sci-fi Novels GIVEAWAY + FREE graphic novel to all who enter 100.00 VALUE 1 WINNER In honour of International Women’s Day Sunday March 8th, 2020: Enter to win three sci-fi/fantasy novels with a kickass female protagonist! Each book is a classic, must read, introduction to a fantastic series. Shards of Honor, by Lois […]

Disclaimer: I received an e-arc of this book from the publisher and then bought my own copy. Thanks! All opinions are my own. Book: Twice Dead Author: Caitlin Seal Book Series: The Necromancer’s Song Book 1 Rating: 3/5 Publication Date: September 18, 2018 Publisher: Charlesbridge Teen Recommended Age: 16+ (romance, violence, gore, death) Synopsis: Naya, […]

All the Stars and Teeth by Adalyn Grace

Disclaimer: I received this book from the publishing company. Thanks! All opinions are my own. Book: Daughter of Chaos Author: Sarah Rees Brennan Book Series: The Chilling Adventures of Sabrina Book 2 Rating: 5/5 Diversity: trans male, openly LGBT couplings mentioned Publication Date: December 26, 2019 Genre: YA Fantasy Recommended Age: 16+ (some violence and […] 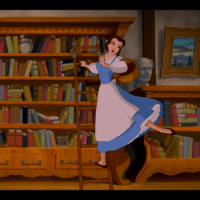 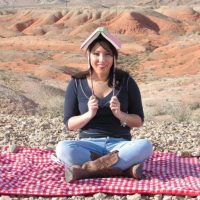 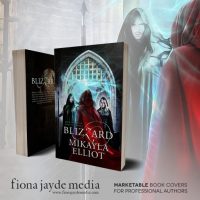 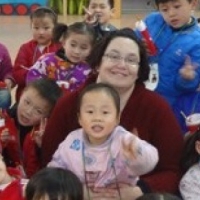