I am thrilled to be hosting a spot on the FRACTURED PATH by J.C. Cervantes Blog Tour hosted by Rockstar Book Tours. Check out my post and make sure to enter the giveaway! 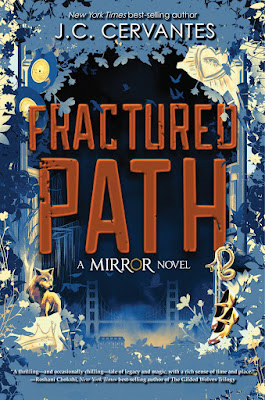 Can dreams come true when you’re living with a family curse?

The 1960s are bursting with music and movement and love in San Francisco, perfect for a budding artist like Blake. Unfortunately, the art world is not welcoming to people of her gender or her multi-racial heritage, making it tough to land an internship that could put her on the map. That, plus the fact that Blake’s family has been notoriously riddled with bad luck, makes her feel like she can’t catch a break. Things only get worse when Blake starts to have ominous, confusing visions that grow stronger and more frequent, prompting Blake’s aunt and uncle to tell her about a long-lost family heirloom that could be the key to everything

Fueled by the ambiguous clues in her visions, Blake sets out on a journey through the city to retrieve her ancestors’ legendary mirror. But Blake is not the only one looking for it. Soon she must attempt to unleash her own dormant powers . . . or else risk all she holds dear.

Fractured Path is the third book in the YA fairy-tale quartet, following one family—and the curse that plagues it—over several generations.

Haven’t read the first 2 book in THE MIRROR QUARTET? Get them now! 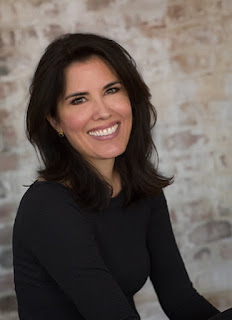 J. C. Cervantes (www.jccervantes.com) is the New York Times best-selling author of The Storm Runner, which Booklist called “a rip-roaring adventure” in a starred review. Her first novel, Tortilla Sun, was a 2010 New Voices pick by the American Booksellers Association and was named to Bank Street’s 2011 Best Book List. Jen grew up in San Diego and was fascinated by stories about Maya gods and magic. Follow her on Facebook, Twitter: @jencerv, and Instagram: #authorjcervantes.

1 winner will receive a finished copy of FRACTURED PATH, US Only.

Synopsis: She has a million followers on social media.

She uses her fashion-forward eye to pick the perfect angle and filter on every photo.

She’s Marie Antoinette, the year is 3070, and she’s arrived in the Franc Kingdom to marry the prince, secure an alliance, and rake in likes from her fans.

Versailles is not the perfect palace Marie’s seen on The Apps. Her life is a maze of pointless rules, and the court watches her every move for mistakes. Her shy husband Louis is more interested in horses and computer-hacking than producing heirs. Versailles seems like a dream full of neon-lit statues, handsome android soldiers, and parties till dawn. Under the surface, it’s a creepy den of secrets: surveillance in Marie’s bedroom, censored news feeds, disappearing courtiers.

When Marie and Louis become king and queen long before they’re ready to rule, any efforts to aid their suffering subjects are stamped out by the mega-corporations of the First Estate. Between riots in Paris and image-wrecking social media firestorms, Marie can’t afford to lose her head. Using her social media savvy and Louis’ hacking knowledge, they try to fix their reputations and change their kingdom for the better, but the royals may find it’s already too late. They’re ruling over the end of an era.

Review: I really liked this book! At first it read like the Royal Diaries version of Marie Antoinette but soon it took on a life of its own. The book does good to talk about a lot of underlying issues, two of the most prominent are social media commentary and how information is presented to people. The book had a great conversation about capitalism and the elite on social media and how the AI/algorithm can keep them from seeing real issues. The book also did so good to talk about a similar issue in further detail, and that’s in how information is given. If you were paying attention to the media during 2020 and 2021, you saw a lot about how officials talked down COVID and how that caused people to stop taking it seriously (along with other issues, but the media played a huge role in COVID information distribution). The book has a ton of great quotes about information that is sent to coddle people and calling it “gentle information” which I really loved. I also loved how the book talked so well about how officials and media can be used to intentionally keep people ignorant because it’s easier to control those in power and those not when you keep them ignorant of important matters or of vital information. The book also discussed the power of influencing and how it can be used for good, but how it can also lead to misinformation being spread and how easy the public opinion can sway due to one bad video of you. The book is extremely well written and had amazing world building. I also thought the character development was good and the book was well paced. I really loved this futuristic take on Marie Antoinette and I hope the author does similar things with other historical figures. I, for one, would love to see Elizabeth I and Anastasia.

However, the book did have a lot of confusing moments because it doesn’t 100% line up with the original Marie Antoinette “tale”/life story, but once I got past those I thought the book was super well done.

Verdict: It was great! I recommend for history and sci-fi fans!